With version 1.1 of Duel Master: Yu-Gi-Oh Edition we are introducing two exciting new features. The first is the ability to pull up information about a card by taking a picture of it using the camera on your iPhone, iPad, or iPod Touch.

The other is the ability to view support cards for any given card. With this feature, you can quickly and easily identify which cards will work well with each other, giving you the winning edge you need in completion.

Duel Master: Yu-Gi-Oh Edition is compatible with the iPhone, iPad, and iPod touch, and is available in the App Store.

Version 1.7.1 of iManga Released, and a Special Offer From Gigatap!

We have just released a new update to the iManga Reader!

What's new in version 1.7.1 of the iManga Reader

We've partnered up with Gigatap to provide users of the lite version of the iManga Reader with a way to upgrade to the full version for free! All you need to do is fill out a small survey.

Please note that this a random special offer available only to users of the lite version of the iManga Reader who have read twenty (20) or more manga chapters.

We have just released a brand new app called See It!

See It is a handheld video magnifier that works by streaming a real time video feed to your iPhone or iPad's screen from your device's back-facing camera. You can zoom the feed in and out, and apply image filters to make things easier to see. Also, for devices that support it, you can turn on your device's flash light for extra illumination and a sharper image.

Are you experiencing weird behavior from your copy of iManga?

Some users have reported strange behavior from their copies of iManga. Specifically crashes, things saying they've got new chapters, and a few other small quirks. Don't panic, this is totally normal! We are in the middle of integrating some new manga hosting websites, and phasing out titles and hosts that have removed chapters for different series.

As of this moment, we are waiting on Apple to review and approve our latest update to the app, which should make all (or at least most) of these issues go away. Please be patient!

Check out the new website for the iManga Reader!

Check it out!
Find Me Food! Now Available on the Android Market

Find Me Food!, the app that helps you find places near you to eat on a budget, is now available on the Android Market!

A new update to the iManga Reader has just been approved for sale, get it now!

Check out the latest app from Studio Bebop, Find Me Food!

Ever find yourself hankering for something to eat while out and about? Tired of trying to find somewhere with cheap, tasty food with nothing but a vague idea? With the Find Me Food! app, no longer do you have to take a wild guess at what’s nearby, or what you can afford.

Just tell Find Me Food! how much money you want to spend and how far you’re willing to travel, and in moments you'll be provided with a list of all available fast food restaurants that match your criteria. From there, you can get directions to the restaurants nearest you, or peruse the menu of your favorite restaurant to tally up what you’d like to order. Once you’ve found your favorite food, Find Me Food! Automatically saves your menu choices in a neat list for you to take wherever you're planning to eat.

Crush your hunger with Find Me Food!

Get it in the App Store!
The iPhone App Review Enjoys the iManga Reader


"iManga Reader is an unbeatable bargain. Where else will you find almost seven thousand titles available for your reading pleasure on both the iPhone and iPad? How about for less than the cost of a Starbucks latte? If you’re a fan, this is a must-have, barre none." -- Luke Patrick of The iPhone App Review

Version 1.4 of the iManga Reader has been approved for release by Apple.

We've got a nifty little update to the iManga Reader currently in review by Apple right now that is now Available in the App Store, and we think you are really going to like it.

So what's new in this update?

We still haven't made any progress on getting the full version released again, VIZ Media is still being very uncooperative. We'll let you know when all that changes!

If you're wondering why iManga isn't working right now for you, it's because we're in the midst of some server updates and maintenance right now.

Please be patient, and all will be right very soon.

We've been getting a lot of emails lately from our customers asking/complaining about the iManga Reader. So to alleviate some frustrations on both sides, we've decided to put together a small FAQ for the iManga Reader.

Users who have purchased the full version of the iManga Reader in the past, will be able to update their application for free, but not until we resolve our issues with VIZ. We are hoping that this won't take more than a couple months at max.

Every manga I try to read says that I can't read it because of licensing issues! What the heck, did you rip me off?

Nope, we sure didn't. Unfortunately, we can't allow our users to access manga titles that have been licensed for sale within the United States, because that would be stealing. VIZ Media LLC in particular has been very adamant in their demands that week keep our users from reading their manga titles with our application. So in the spirit of good will, we've complied with their requests. However, there are still tons of titles available to be read using the iManga Reader!

So it's been just a bit over a month or so since the new and improved version of the iManga Reader was released, and we've been hard at work on the latest update! The new version is currently in Apple's capable hands being reviewed, and will (hopefully) be available for download within the next ten days.

Here's what's new in the upcoming update to the iManga Reader:

Screenshots of the new manga chapter downloading feature for the iPhone, iPod Touch, and iPad

So a couple quick notes on what's happening with the iManga Reader right now.

Both the free and the paid version of the app have been approved for sale by Apple. Unfortunately we apparently still have a couple outstanding issues with VIZ Media to resolve. What this means for you, our beloved end user, is that you'll have to wait another couple weeks before you'll be able to download the latest paid version of the iManga Reader.

In the meantime, why don't you check out the free version of the iManga Reader instead.

From all of us here at Studio Bebop, we'd like to apologize for the ridiculous amount of time it has taken for this to finally happen, and we'll skip giving you all the boring list of reasons why this all took as long as it did. Thank you all so much for your emails of encouragement, and even those grumpy ones, they helped us stay motivated to get this finished and released to you all.

So what's new in version 2.0 of the iManga Reader? 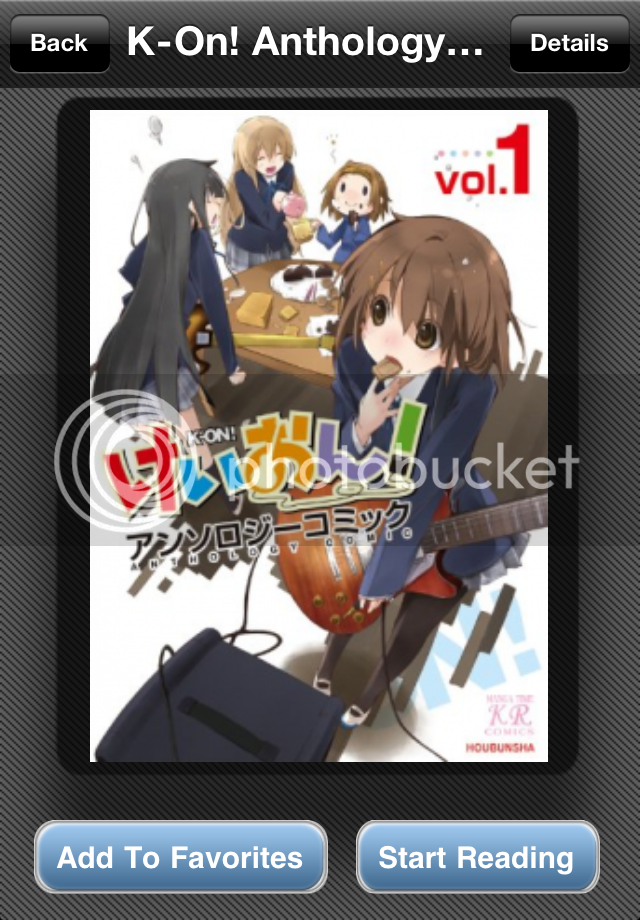 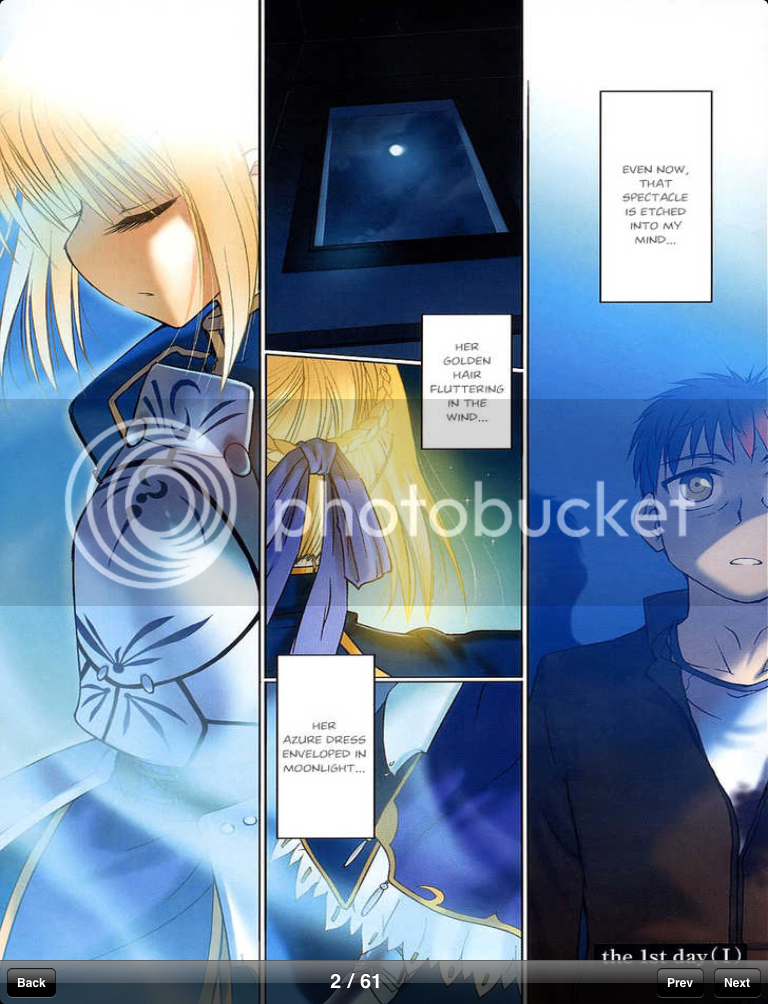 Oh also, we will also be releaseing a free version of the iManga Reader (riddled with ads) as well.

Sorry guys, we're working on it!

First things first, I'd like to personally apologize to all of you still waiting for the release of iManga 2.0. I know, I know. We've been keeping you guys waiting far too long. Unfortunately the development stages have been slow and painful as of late. Don't worry though we're still here.

We have been receiving all of your emails and we appreciate each and every one of them (there are a lot). Even if we're not always able to respond.

In the interest of keeping this update short and simple, I'm going to leave it here. I'd like to thank you all for being so patient with us, you will be rewarded soon, take our word on that.

More updates will be coming soon, the second we have a release date we will submit a news entry and inform you all.

First of all, thank you to everyone who sent us emails letting us know about crash errors on iManga Reader. Unfortunately, the principle source that iManga Reader uses to pull content from (OneManga.com) has recently decided to shut down. Because of this, the iManga app suddenly doesn't know where to pull content from, and as a result crashes. Fear not though manga fans, the Studio Bebop development team is hard at work on finishing up the latest release of iManga Reader!

But if OneManga is gone, how are you supposed to read your manga using iManga Reader? Well for the new version of iManga, we've decided to completely overhaul the way the app handles gathering manga for you to read. Instead of gathering data on a series directly from its hosting website in-app, iManga Reader 2.0 instead retrieves all it's data from a specially designed manga relay server system we've developed.

What does this mean for you?

We expect to finish development on iManga Reader 2.0 and have it resubmitted to the App Store by about mid-September. Unfortunately all iManga users are going to have to sit tight until we then. We apologize for the inconvenience, and ask you to remain patient.